There are three ways to solve a problem: the right way, the wrong way and the Pentagon’s way.

Pandemonium In The Pacific: US Carrier Diverts To Guam As COVID-19 Cases Spike Among Crew 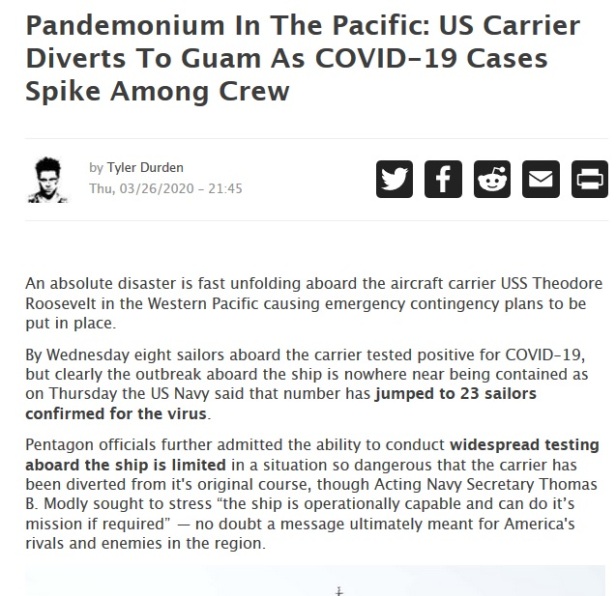 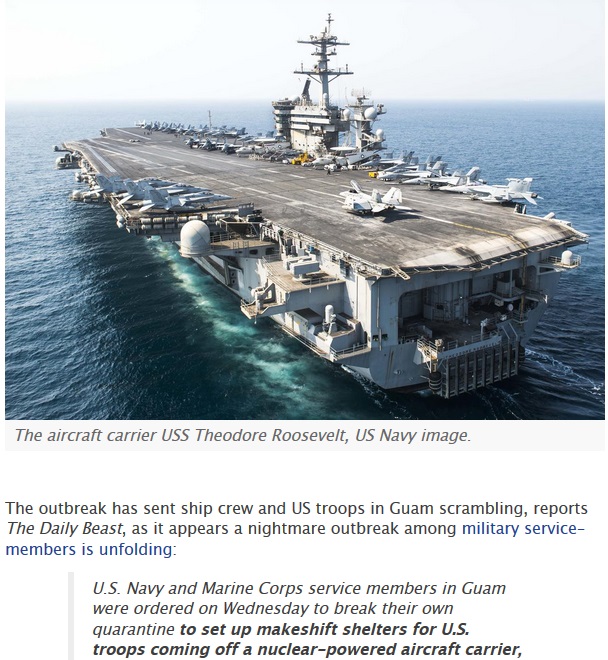 MY BOOKS on Amazon

and at the Saker Community Store

You can find some of my past articles here